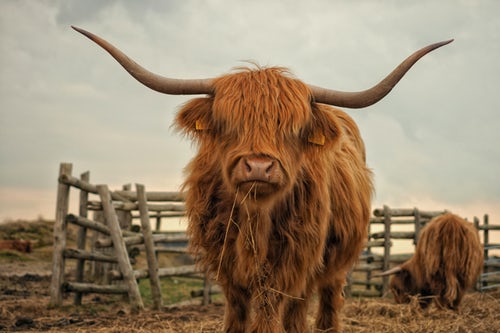 If you are planning on visiting Scotland or just fancy going somewhere a bit different on your day off, we have some weird ideas for you. Scotland is full of quirky attractions. Some are very famous, and some are relatively hidden. We have uncovered some of the top oddities that Scotland has to offer.

The Secret Bunker is hidden underneath a Scottish farmhouse in the middle of Fife. It was completely hidden for 40 years after being built to help protect Scotland in the event of a nuclear attack in the Cold War.

To get to the bunker itself you need to travel down a 450ft tunnel, head through the blast doors and there you will find the bunker which sits at 100ft underground and is roughly the size of 2 football pitches.

In total, the space holds a command centre, the dormitories, a BBC broadcasting studio, a chapel and a newly purposed room dedicated to the Scottish Campaign for Nuclear Disarmament. 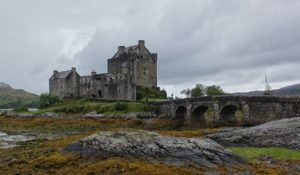 Hidden from the road, the Fairy Pools are on the Isle of Skye, near the small village of Carbost. Following a path for about 20 to 25 minutes, you will come across the magical pools which are perfect for wild swimming. Deeper than you think and very clear, they have turquoise water and underground arches to swim through.

The pools are under the backdrop of the imposing Black Cuillins, one of the two ranges of mountains on the island.

The Garden of Cosmic Speculation

These gardens are only open for 1 day out of the whole year so you have to plan ahead each year to know you will actually get to see them. However, they are so worth the planning. Huge gardens separated in 40 different areas of sculpture and architectural works, the gardens are a sight to behold.

The gardens are inspired by science and mathematics with themes including black holes to name just one. 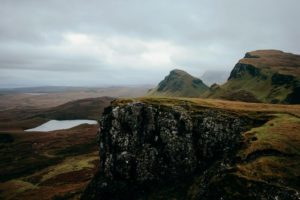 Rosslyn Chapel is one of Scotland’s great mysteries. Based in Midlothian, the chapel has been around since the 15th century and is shrouded in mystery. It is said to have been the resting place of the Holy Grail, which now becomes even more intriguing as they have discovered an untouched chamber underneath the chapel that has not yet been explored.

The carvings within the chapel, from ‘green men’ to mysterious patterns, have led people to believe that there is more to this humble building than meets the eye.